“From left, to right, to center, they are still human.”

In a Pro-Choice/Pro-Life world, one group of women is offering another way to talk about abortion.

For the last 14 years, Bay Area non profit Exhale, has been working directly with men and women who have had abortion experiences. Since the beginning, they have refused to be labeled as either Pro-Choice or Pro-Life, and have tried to stay out of the abortion debate.

In 2002, they offered a non-political, non-judgmental, counseling talkline for women and their loved ones.  In 2013 they sponsored a group of five fellows to travel across the U.S. to share their personal abortion stories and spark a dialogue about the differences in how we talk about abortion publicly and how we actually experience it.

They discovered that when they allowed people the rare experience to speak about abortion in a safe space where opinions would be withheld and their story would not be co-opted for policy changes...that at first people were confused.  But, slowly a web of stories emerged: an Episcopalian priest grieved over a sister's loss, a midwife desired to reconnect with her husband, a high school boyfriend held onto an ultrasound image, Indian-American sisters shared a tattered Our Bodies Ourselves, a liberal midwestern family struggled with secrets. These were not subway ads or billboards. They were deeply personal stories about shame, secrecy, celebration, the need to grieve, to overcome stigma, and to better understand ourselves through story.

This documentary follows one group's uphill battle to challenge the way our society talks about abortion.  Can we extract the personal from the political? Or, by shifting the focus from rally cries to our private stories can we at least gain a better understanding of what we are talking about?

This documentary is currently IN PRODUCTION.  If you'd like to get involved, please contact the filmmaker or make a tax deductible donation.

A documentary about abortion, but not about politics.  A story about the shades of gray hidden behind America's abortion debate, and the dialogue necessary to uncover them. 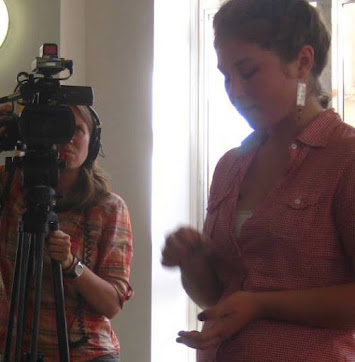